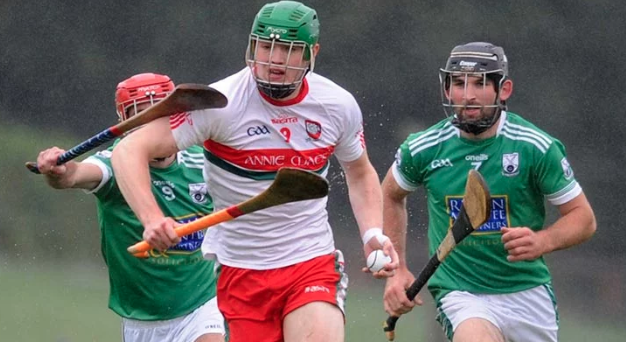 Gaeil Colmcille and Clann Na nGael met in the Semi-Final of the Uniflu Meath Intermediate Hurling Championship in what was a repeat of the same fixture last year where the Kells men prevailed.

This year was a different story and the Clann’s were favourite’s heading into the game after going through the group unbeaten including a drubbing of Gaeil Colmcille in round 5.

Gaeil Colmcille got the first score of the match when Keith Reilly pointed from just inside the Clann Na nGael 65, that lead could and should have been extended when Stephen Reddy got in behind the Clann’s defence but his effort for goal just went wide. Cormac Mattimoe and Fionn Ferguson also had chances bnut couldn’t find the target.

After the nervy start Clann Na nGael soon found their range and their wing forward hit three lovely scores on the bounce along with a few frees saw the Athboy/Rathcairn amalgamation push 5 clear. Kells did keep in the game and Evan Sheridan pointed just before Clann Na nGael retained their 5 point lead.

A five minute flurry by Kells saw Ferguson, Reilly and Danny Muldoon all get on the scoresheet. But that was as good as the first half got for Kells as Clann Na nGael hit the next four scores in a row to take a 0-11 to 0-05 lead at the break.

The second half started as the first ended with Clann Na nGael hitting three scores in a row extending their lead to 0 points. Sheridan grabbed his second and third points of the game and Ferguson added on a free to put two puck of the ball between the sides.

The final Quarter was dominated by Clann Na nGael who outscored Gaeil Colmcille by six points to one meaning it would be the Clann’s who march on to the 2019 decider where they’ll face Dunderry.