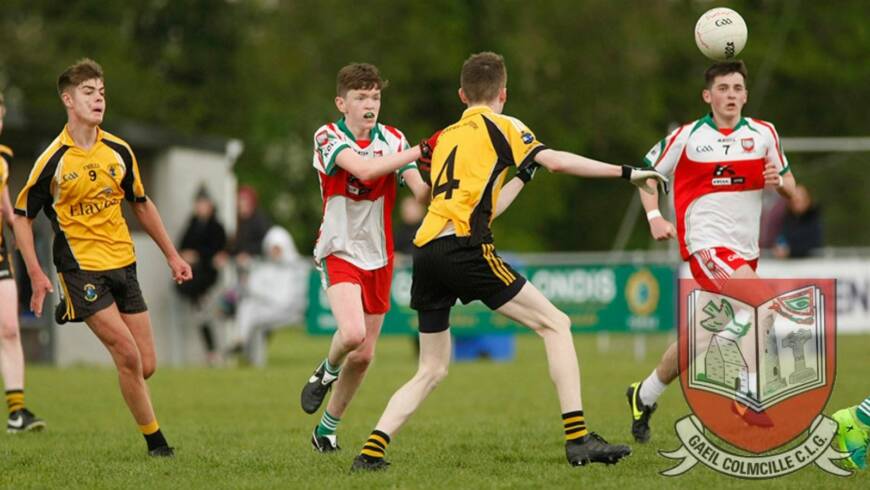 Gaeil Colmcille’s third team got their Premier Championship off the best possibly start with a comfortable win over Trim in Grangegodden on Sunday afternoon.

In a cautious opening to the game, Gaeil Colmcille laid down an early marker and showed a sign of intent when Gary McGovern pointed on five minutes. One minute later and Ajay Tormey doubled Kells lead. A good move in the 12th minute saw Tormey lay the ball off to the onrushing Conor Arkins who found himself in the opposition penalty area despite lining out at full-back, the number on his back didn’t look right when Arkins fired low beyond the Trim keeper.

Points from midfielder Kevin Carpenter and wing forward Eoin Doogan stretched Gaeil Colmcille’s lead out and another point for McGovern saw Kells lead 1-05 to 0-00 after 22 minutes played. Trim got their opening score of the game in the 27th minute but it was soon cancelled out by Shane Bennett one minute later. Carpenter who was putting in an enormous shift in midfield got his second point of the game and McGovern finished the scoring off for the half leaving Gaeil Colmcille ahead 1-08 to 0-01 albeit with the aid of the breeze in Grangegodden.

A point straight from the throw in for Trim gave them the perfect start but once again McGovern was to score for Gaeil Colmcille to erase the Trim score. Tormey added a point with his left on 39 minutes and in the 41st minute the game was all but killed off for Kells as they got their second goal of the game. An excellent through ball by Cormac O’Reilly put Carpenter through on goal and the midfielder made no mistake as he rattled the back of the net.

McGovern and Caolan McConnell added further scores in the 47th and 53rd minute while Cormac Mattimoe hit a sweet strike in the 54th minute to continue Kells excellent array of shooting. Trim added two consolation scores before Tormey finished off the scoring with a free as the clock hit 60 minutes and referee Joey Curley blew up for full-time.