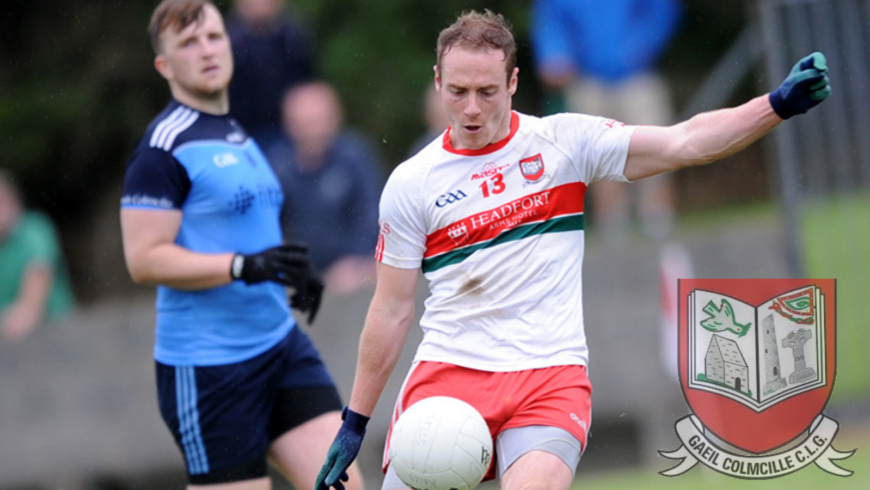 The A Leagues returned to its standard format for 2022 and Gaeil Colmcille welcomed Skryne to Grangegodden for the opening round of Division 1A.

The visitors started the game with intent and burst out of the blocks getting the opening point of the game with less than 30 seconds on Referee Henri Clifford’s watch. Gaeil Colmcille would have to wait until the seventh minute to level things up.

Skryne had the perfect response for the Kells equaliser as they hit two points in a row to see them lead 0-03 to 0-01 with ten minutes played. A wonderfully worked move with Oisin Reilly freaking through after a strong run, he laid the ball off to the onrushing Martin Barrett who was subsequently taken down in the penalty area and Gaeil Colmcille were awarded a penalty, up stepped Brian Hanlon and his low effort sent the keeper the wrong way to give Gaeil Colmcille a one point lead.

Kells looked certain for a second goal almost straight away after another super run from Reilly, this time he squared the ball to Barrett but Barretts palmed effort came back off the upright. Danny McGovern added a point for Kells in the 18th minute but credit once again was to be given to Skryne as they never let the Gaeil Colmcille scores affect them and after hitting the crossbar themselves they soon found the back of the net in the 23rd minute to cancel out Hanlon’s penalty.

Skryne rattled off five points in a row to add to the goal and an Evan Sheridan point just on the stroke of half-time left Gaeil Colmcille trailing 1-08 to 1-03 at the break.

Fionn Ferguson replaced Aaron Browne at the start of the second-half and got himself off to the perfect start when he pointed inside the opening minute of the half.  Oisin Reilly added a point and a Hanlon free was soon followed by a fisted point by Barrett to leave just two points between the sides.

Seamus Mattimoe added a further point in the 48th minute to set up a Grandstand finish in what was an end to end entertaining game for the neutrals. Just as Kells got close Skryne kept distance between the sides and a point in the 53rd minute left Skryne two points ahead going into the closing stages.

Hanlon pointed an excellent free in the 55th minute and as the clock tucked into injury time Seamus Mattimoe drew the teams level with a free from 45 yards out. As both sides went in search of the win it was Skryne who would snatch the win with a point in the 65th minute to grab the two points on offer.