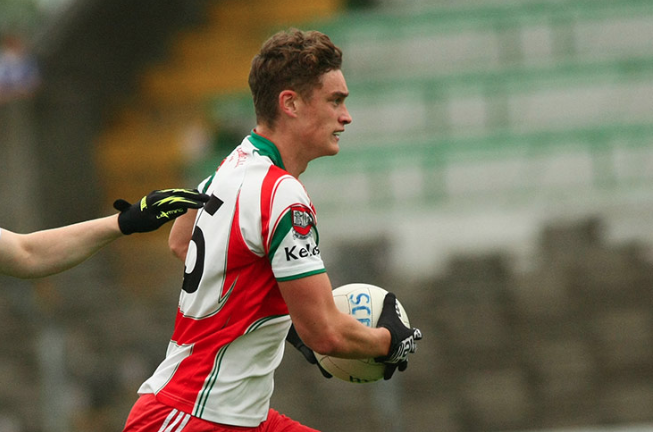 Gaeil Colmcille made it to the Seamus Connolly ‘A’ League Division 1 Final for the second year in a row after a strong second half performance saw the Kells men outscore Summerhill by four points.

In a tense first half, scores were hard to come by, but the pace of the game remained frantic and The Hill managed to get the opening two points of the match. Summer hill’s intensity from the start was clear to be seen and Gaeil Colmcille was struggling to get a hand on the ball.

In the 8th minute, Summerhill looked destined for goal only for the forward to drag the ball left and wide of the Kells goal. Wing-Forward Evan Sheridan registered Gaeil Colmcille’s first score of the match thanks to the trusty left boot of Sheridan. Kells were level in the 17th minute when Brian Hanlon pointed a free to see both sides with two points.

Summerhill soon regained the lead with a fine score after some good off the shoulder running saw the forward tap over. One minute later and The Hills lead was back to two points and it looked certain to be three only for a mammoth block by Adam Muldoon to prevent the score.

Gaeil Colmcille did finish the half strongly with Seamus Mattimoe hitting a monster score from over at the terrace side and a free on 27 minutes drew the sides level. With 29 minutes on the clock, Seanie Curran could have given Gaeil Colmcille a three-point lead at the break but his shot at goal was well saved by the Summerhill keeper leaving it at 0-04 each at Half-Time.

Gaeil Colmcille started the half the strongest and were winning early breaks in and around the middle. But with all the early possession Kells couldn’t convert to scores and had to wait until the 34th minute when Mattimoe popped over to give the Gaeils the lead for the first time in the match.

Summerhill response was quick as they drew level from the next passage of play. Another Hanlon free saw Kells creep ahead again in the second half and in the 39th minute Gaeil Colmcille got the opening goal of the game, Hanlon picked the ball up 30 yards from goal and as he headed for the Summerhill goal he drew the defender and hand passed to Mattimoe who palmed the ball off the crossbar and initially looked over the line but for Hanlon to make sure driving to the back of the net.

Mattimoe added a point in the 44th minute to see Kells lead stretch to five points and with the way the game was flowing, looked a massive ask for Summerhill to claw back. Credit to Summerhill though they kept fighting and hit the next two points as they looked to get back into the game.

The Kells Full-Back line was immense throughout and stood up to the Summerhill challenge and in the 48th minute, Gaeil Colmcille looked to seal the match when Mattimoe picked the ball up and turned his marker and similar to the first goal, drew the Summerhill defender and laid the ball off to the on-rushing Fionn Reilly to palm to the back of the net.

Game over? No chance, If the first lacked scores the second half was full of them and Summerhill went straight up the pitch and scored an excellent goal from an acute angle to just leave two between the sides with 52 minutes played.

Reilly stood up for the Kells forwards and hit arguably the two points of the match in the 54th and 57th minute to push Kells four clear. Both sides traded late points, but referee Keith Sheerin blew for Full-Time and saw Kells run out winners in Pairc Tailteann and now will face Navan O’Mahonys in the 2019 League decider at a time, date and venue still to be decided.