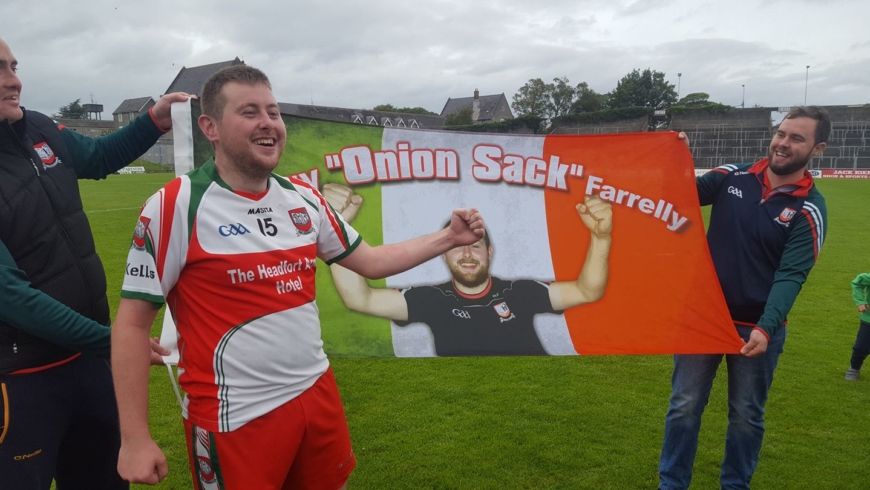 Gaeil Colmcille welcomed Summerhill to Grangegodden in what was a must win game for both sides to avoid being dragged into a relegation playoff in the Premier Championship Division 1.

In a nervous opening quarter, Gaeil Colmcille led by 0-02 to 0-01 with Gary Arkins accounting for both Kells scores from free kicks. Gaeil Colmcille looked like increasing their lead with a goal on 18 minutes after a good team move ended in the hands of Cormac Mattimoe but the forward failed to hit the net.

With 25 minutes on the clock and it was Summerhill who struck for a goal after good work by wing forward Caolan Young who fed through to Cathal Ryan who dispatched beyond James Flanagan.

Two Stephen Reddy frees before half time reduced the deficit to two points as the referee called a halt with Summerhill leading 1-03 to 0-04.

Gaeil Colmcille manager Justin Carry-Lunch made some positional changes at half time and one of those made an instant impact as Mattimoe, now playing at wing forward pointed to close the gap to one point.

Another Arkins free one minute later and the sides were level once more. Summerhill once again pipped their noses infront but Mattimoe added a point to keep Kells level.

Both sides traded the next couple of scores and the game hung in the balance with the resumption of play after the second half water break.

That was followed by a point by Arkins and in the 28th minute Mattimoe looked certain for a goal only to be fouled inside the penalty area. Referee Henri Clifford awarded Kells the spot kick and Barry Farrelly made no mistake to give Kells a five point lead.

Summerhill did tag on a consolation point late on before Gary McGovern hit a 14 yard free just on Full-Time to ensure Kells Survival for the 2021 Premier Division 1 Championship.