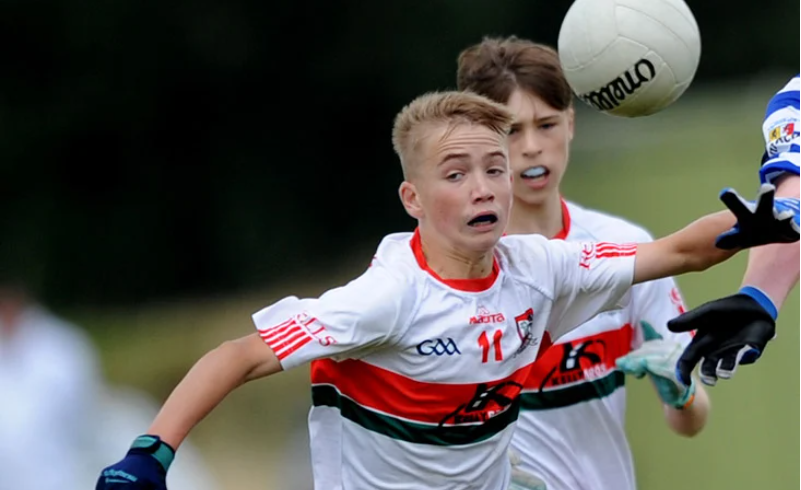 Gaeil Colmcille lost their 100% record in the Minor Football Tournament with nine point defeat to St. Colmcille’s in Piltown on Monday evening.

With the wind at their backs, the hosts raced into an early three point lead. Kells responded well with points from Jack Hogg and Noah Boshell followed by a pointed free and another from play by Andrew Gormley to leave the Gaeils a point up midway through the half. St. Colmcille’s then hit a purple patch scoring 2 goals and three points before Jack Hogg got the next Kells score with his second point from play. However, it was the home side who finished the half stronger, adding another three points to their tally before the half time whistle sounded.

As with the first half it was St. Colmcille’s who had the better start to the second half, scoring a goal and a point in the opening minutes. Jack Hogg, who was a constant threat all evening, quickly responded with two goals before Oisin Walsh and Liam Barry added points to further cut the deficit. Once again, just as the Kells lads seemed to be getting a foothold in the game they were hit with another sucker punch as Colmcille’s scored another goal and followed it up with two further points. A point from Conal McGovern and one from an Andrew Gormley free closed out the scoring as the Gaeils held their opposition scoreless for the remaining 12 minutes. On a side note, well done to Taidgh Dardis who made his competetive football debut for Gaeil Colmcille this evening.