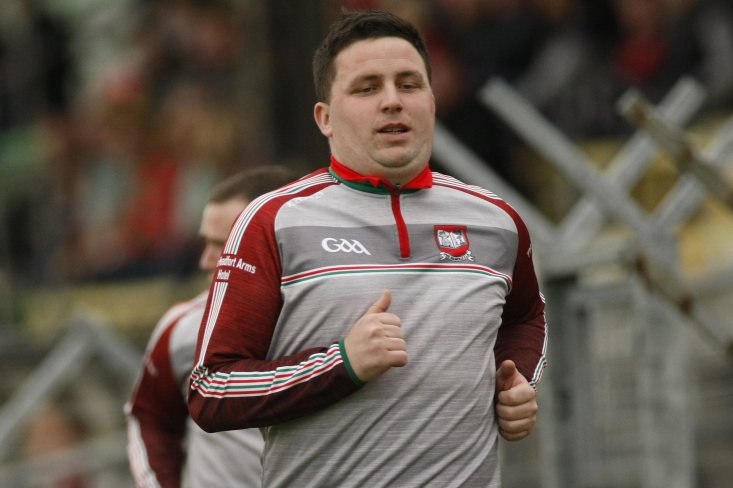 Gaeil Colmcille made the trip to Castletown on Thursday evening looking to preserve their unbeaten start to the Premier Championship Division 7 campaign.

Kells started off well against the wind when Kevin Carpenter got on the end of a well worked team move to slot over the bar after two minutes, and the same player followed up with a similar score two minutes later. Castletown’s first score, a pointed free, was quickly followed up by a goal for the home side. A busy Stephen Mooney responded with a sweetly struck point, but again the hosts struck quickly with a goal and point, both from play.

With the gap now at 5 points, manager for the night, manager James Flanagan, made some shrewd switches in defence. The Gaeils went on to outscore their opponents by 0-05 to 0-01 over the next 10 minutes, as points from Dylan Roche and Zak Griffin were followed by Castletown’s score, before Finn Mullen, Stephen Mooney and a Gary McGovern free accounted for the other 3 scores.

The Castletown full-forward got their last score of the half on 29 minutes but McGovern responded with another free to close out the scoring for the half and leave just the minimum between the sides. (Gaeil Colmcille 0-09; Castletown 2-04)

With the wind at their backs optimism was high in the Kells camp for the second half. However it was the hosts who were much more efficient as the half began. While the Gaeils squandered a number of chances, Castletown pointed from play and three minutes later they converted a penalty despite the best efforts of Chris Doyle. Another point from a free opened up a gap of 6 points between the teams with only 6 minutes of the half played.

As in the first half, it was Mooney who popped up with a point when it was most badly needed, his third which would make him the highest scorer from play on the night. A McGovern point from a free was followed by a Castletown point, and another McGovern point, this time from play, was again followed by a Castletown point. That was to be the hosts final score of the game with fifteen minutes remaining. Kells were denied numerous goal chances, in particular when the opposing keeper made an excellent save from a fine Ben Shine effort.

Kristupas Vitkauskas surged forward and pointed from play. This was quickly followed by a point from Dylan Roche and another for Alex Williams. Flanagan emptied the bench and the fresh legs left the home side struggling to get out of their own half. Gary Arkins converted a free, and when Shane Bennett pointed shortly after, the sides were level with five minutes left to play.

A Williams run down the right and then in along the end line created space in the middle. Conor Murray raced into the space, took the pass from Williams before finishing a low shot to the net, his first ever score for the Gaeils. Castletown pushed up in search of a goal but the Kells defence stood firm and McGovern scored the insurance point just before the final whistle.