By gaeilcolmcillepro Sun 1st May 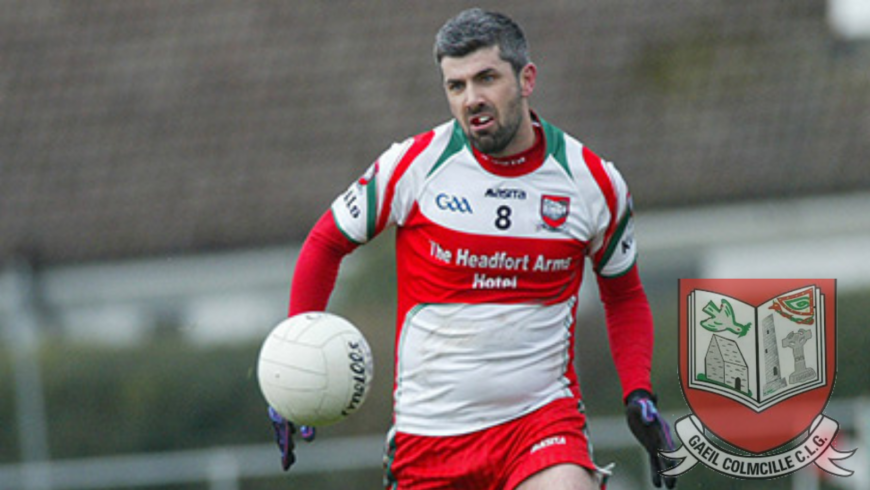 Gaeil Colmcille and Navan O’Mahony’s met in Grangegodden in the third round of the Premier Championship Division 7 with the home side hoping to preserve their unbeaten start to the competition.

Despite O’Mahony’s applying all the early pressure they couldn’t convert their possession into scores and it was a Gary Arkins free for Kells that chalked the first score of the game. Soon after Gaeil Colmcille increased their lead to four points after a good move saw Arkins play the ball to Alex Williams who squared to Zak Griffin to palm to the back of the net, Griffin not happy when he got home to see I left his name out for the goal on the Twitter feed.

O’Mahony’s got back into the game when they got their first score of the game, a goal in the ninth minute. One minute later an the sides were level as O’Mahony’s pointed from a free. 12 minutes played and Gaeil Colmcille got their second goal of the game after Alex Williams saw his attempt saved by the keeper but the clever Arkins knowing to be in the right spot was on hand to flick to the back of the net.

Both sides shared the next four scores with Gary McGovern striking over two frees for the Gaeils to leave it 2-03 to 1-03 to the Kells men at the break, the score line not reflecting Gaeil Colmcille’s dominance as Gary Arkins missing a minimum of six shots in the opening half didn’t help matters.

O’Mahony’s got the first score of the second half but this was soon cancelled by Arkins as he sailed over a wonderful free from 45 yards out and it was like the first half was a distant memory for the Kells support who cheered the Arkins score. Directly from the kickout Cormac Mattimoe pointed an incredible score to leave four between the teams with 3 minutes played of the second half.

Credit to the O’Mahony’s they never lay down and four scores in a row over a four minute spell saw them draw level with 18 minutes remaining. Gaeil Colmcille’s sixth point of the evening was somewhat controversial as Ajay Tormey blocked a shot at goal by Arkins and the ball sailed over the crossbar for Kells to regain the lead, knowing who to give the score to is still ongoing and will be decided by a twitter poll, you can vote by clicking here.

O’Mahony’s levelled the game once more before the Canada bound Caolan McConnell hit a super score in the 49th minute to give the advantage once more to Kells as the game headed into the final 10 minutes. As with the story of the game, O’Mahony’s once again were level at 2-07 to 1-10. The introduction of Barry Farrelly proved to be the difference in the game, a pointed free from 45 yards out was followed by arguably the score of the game in the 56th minute as Farrelly say his long range effort clip in off the upright and in the 62nd minute a Farrelly free sealed the win for Gaeil Colmcille to see them sit on 6 points after three games played and top of the table. 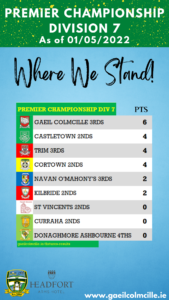