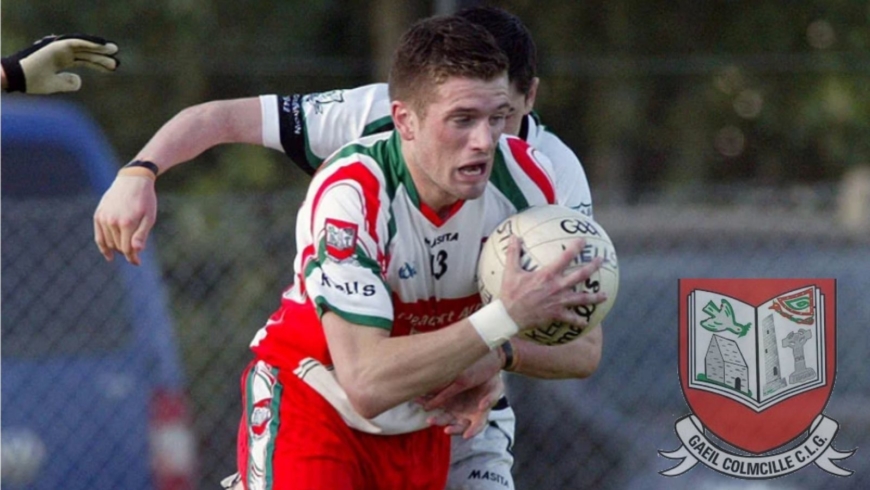 With 59 minutes on the clock both sides were level and a share of the spoils seemed the fairest outcome although Donaghmore/Ashbourne had other ideas and a goal and a point in the dying stages ensured the points would head South to Ashbourne.

Returning from Army duty, Shane Bennett opened the scoring for Gaeil Colmcille in the 4th minute with a fine effort. The point by Bennett was soon cancelled out and immediately after The Moore’s struck for a goal to give the visitors a three point lead early on. A Barry Farrelly free kick on 7th minute kept the scoreboard ticking for the Gaeils but three points in a row for Donaghmore Ashbourne gave them a sizeable lead with the first quarter played.

If the first Quarter belonged to the Moore’s, the second quarter truly belonged to the Gaeils as they scored 1-06 without reply. It all started in the 15th minute with a pointed free from Danny McGovern, Fionn Ferguson followed that with a beautiful strike and Farrelly added a free in the 19th minute to reduce the lead.

Danny McGovern added another free before Kells got their deserved goal in the 22nd minute when Centre-Back Danny Muldoon found himself in an advanced position and put the ball in the back of the net. Wing Back Fionn Smith got on the scoring when he jinked his way beyond the Donaghmore Ashbourne defence to slot over. Farrelly added another free right on the stroke of half-time to give the hosts a 1-08 to 1-04 lead at the break.

McGovern picked up where he left off by getting the first score of the second half in the 31st minute. The score spurred Donaghmpre Ashbourne into life and they rattled off six points in a row to regain the lead. Directly from Sean Thornton’s kickout Gaeil Colmcille went the length of the field and McGovern drew the teams level once more.

McGovern looked a certainty to grab Kells second goal of the game when he found himself on the end of an excellent move and his ferocious shot bet the goalkeeper but to be cleared off the line and over the bar. With the sides level in the 59th minute, a long high shot dropped short and the Donaghmore Ashbourne corner forward Sean Tyrell punched to the back of the net. The goal was followed by a point to ensure the win. The result means Kells take on Skryne in the final group game on Friday evening on bottom of the table with no points on the board. Special note also to Conal Gormley who made his debut for the club and put in a fine shift at wing forward.