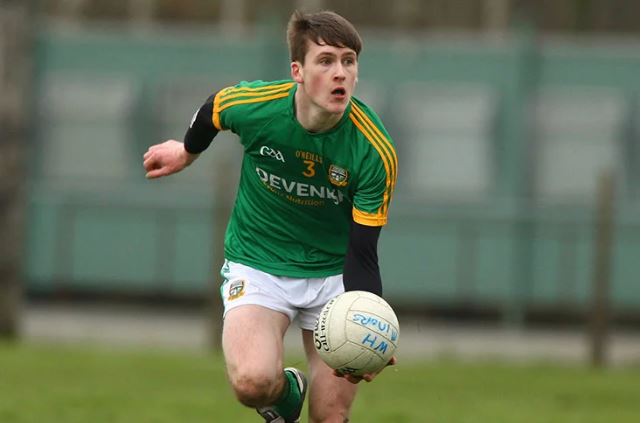 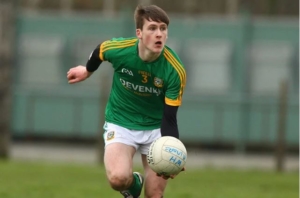 Conal Courtney impressed with 0-06 from midfield

Gaeil Colmcille made the trip down the M3 to take on St. Peter’s, Dunoyne’s second-string outfit in the first round of the Meath U21 B Championship played in perfect conditions.

Gaeil Colmcille started the brightest and early pressing by the Kells forwards saw them take a 0-03 to 0-00 lead inside the opening 8 minutes with points coming from Niall Williams, Ahmed Lawal and Conal Courtney. Dunboyne registered their first score on ten minutes but a Conal Courtney free one minute later kept Gaeil Colmcille’s lead at three points.

Both sides traded scores before Dunboyne drew level when they fired to the back of the net in the 21st minute to leave the scoreline 0-05 to 1-02. Six minutes later and Kells got the perfect response when a long ball into the forwards was well caught by Jack O’Keefe and on the turn who struck the ball to the bottom corner. Kells finished the half with Niall Williams getting his second point when he fisted over in the 28th minute to see Kells take a 1-06 to 1-02 lead into the half-time break.

Gaeil Colmcille continued where they left off in the first half when Cormac Mattimoe pointed inside the opening 6 minutes. Dunboyne kept in touch and hit the next score thanks to a free-kick but four minutes later O’Keefe got his first point of the game to add to his earlier goal to keep Kells lead at six points with 42 minutes gone.

In a seven-minute spell, both sides shared four points with pinpoint free taking by Courtney tagging on the two points for the Gaeils. The lead was stretched to 8 points when Mattimoe and Courtney grabbed the next two scores. Dunboyne started to press for goals and looked to have got another when the forward got in behind the Kells backs but for goalkeeper Jonathan Hogg to be equal to the effort and save from the Dunboyne shot.

Kells closed the game out strongly and thanks to the excellent defending of Oran Carolan, Brian Byrne, Adam Donnelly, Lawal, and the energetic Adam Muldoon kept Dunboyne at Bay. O’Keefe grabbed his second point and took his personal tally to 1-02 for the day and a placed ball free from the deck by Brian Byrne ensured it would be Gaeil Colmcille who march on to the next round winning out by 7 points in the end,