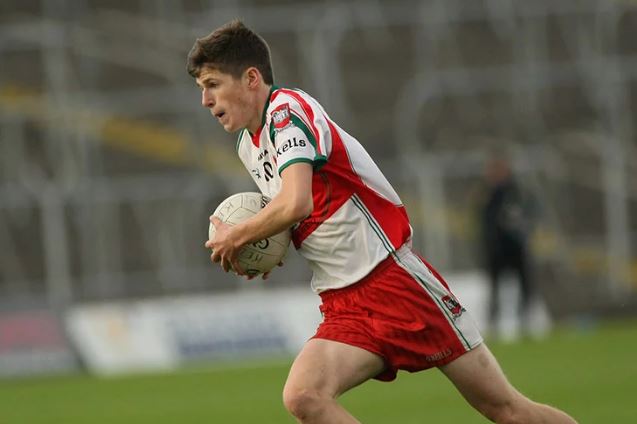 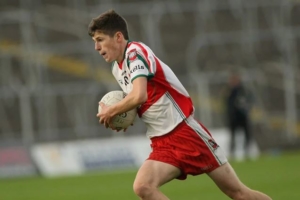 After the opening round win over St. Peter’s, Dunboyne’s B team, Gaeil Colmcille welcomed Bective/Dunsany to Grangegodden on Sunday morning for what we think was the Quarter-Final of the U21 ‘B’ Championship. The Visitors came into the game off the back of an impressive 23 point win over Drumconrath/Meath Hill.

Both sides traded early scores with Conal Courtney pointing for Gaeil Colmcille and the home side took a 3 point lead when Full-Forward Cormac Mattimoe fired to the roof of the net to see Gaeil Colmcille lead 1-01 to 0-01 after five minutes.  The response from Bective/Dunsany was impressive and five points in a row saw them take a two point lead with 20 minutes on the clock.

Two more points from Courtney leveled the game and when he tapped over a free in the 24th minute Kells were back in front. Bective/Dunsany responded once again but a bursting run from wing-back Ahmed Lawal resulted in a pinpoint shot to see Kells 1-05 to 0-07 ahead.

Bective/Dunsany did close the half out the stronger and three placed kicked points saw the amalgamated side take a two point 0-10 to 1-05 lead at Half-Time and could have been worse only for a penalty save from Jonathan Hogg.

The second half started similar to the first with both sides trading scores, Bective/Dunsany saw daylight between the sides with a goal in the 34th minute despite the best efforts of Hogg in the Kells goal the saved shot fell kindly to the Bective/Dunsany attacker to side foot to the back of the net. As Bective/Dunsany pulled six points clear, Gaeil Colmcille clawed their way back into the game with points from Courtney, Daniel Farrelly and a left footed effort from the tireless Adam Muldoon.

All that hard work was undone when Bective/Dunsany grabbed their second goal of he game and the lead was back to six points. Kells got the perfect response in the 57th minute when Farrelly pulled on a loose ball to bury to the back of the net, two minutes and the sides were level as a good team move ended up with Mattimoe superbly finishing to the top corner of the net.

Gaeil Colmcille couldn’t make the momentum count and two late points from Bective/Dunsany saw them close the game out with a two point win and advance to the Semi-Final.

Subs: P Smyth for Cleary, B Farrelly for Bennett.