U9 Hurlers Shine at Carlanstown Blitz 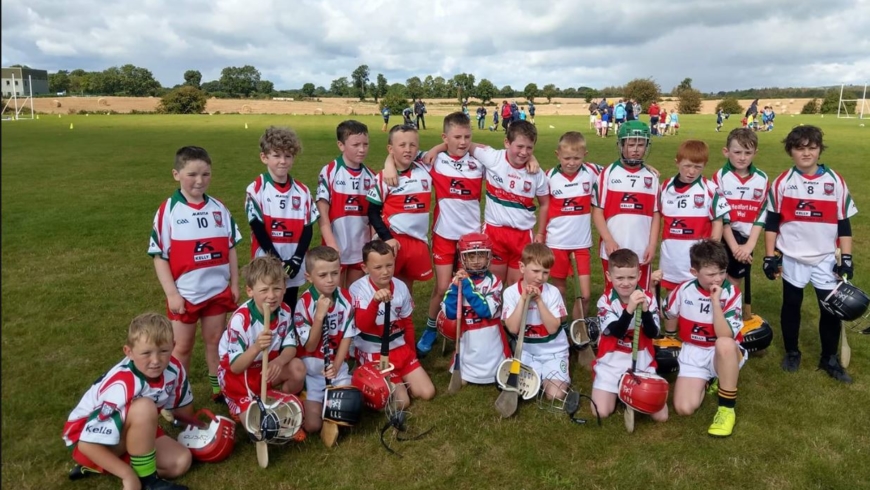 Sunday morning our U9 hurlers went to Carlanstown for a blitz with North Meath and St Colmcille’s.

Any day you have 20 hurlers togged out to hurl for Gaeil Colmcille is great day. At the start of the year we were worried that this group might be short of numbers but after today we can have no fear.

After splitting the group evenly, each team played 2 games . Both teams found themselves too strong for the opposition but credit to both opposing teams they gave it their all, showed fighting spirit and “never gave up” which is a motto this group always believe in.

Apart from from great individual performances from some of our more experienced players it was very encouraging to see some of our newer players step up to the mark.

The courage and determination shown by Noah McGrath, James Carolan, Oisin Flynn, Conor Thornton and Brandon McGovern was very encouraging . Fionn Sheridan was to the fore with his solo runs, Conor Larkin fielding balls out of the sky, Aodhan Early winning possession and scoring for fun, Cillian Burke showed all attributes of a classic dual player , as dominant with the small ball as he is with an O’Neills Football”, Conan Clarke with a goal and a point you wouldn’t see in Croke Park, Donnacha Ryan playing like he owned the place, Anthony Gallagher letting people know his Grandmother came from Counalty/Rossmore who are the current Tipperary Senior Champions. Scott and Moya Brown did their family proud, Jamie Tyrrell who is playing hurling less than 12 months is showing great potential also for the future.

Lastly we must acknowledge Adam, Sean, Liam and Simon from Kilskyre who were a huge addition.

With our u10s showing massive potential earlier in the year it’s hugely encouraging to see our u9s following on their footsteps.

If your child would like to be part of this group or younger groups please contact Séamus on 0872673322 to find out further details on training and matches.