By gaeilcolmcillepro Tue 3rd May 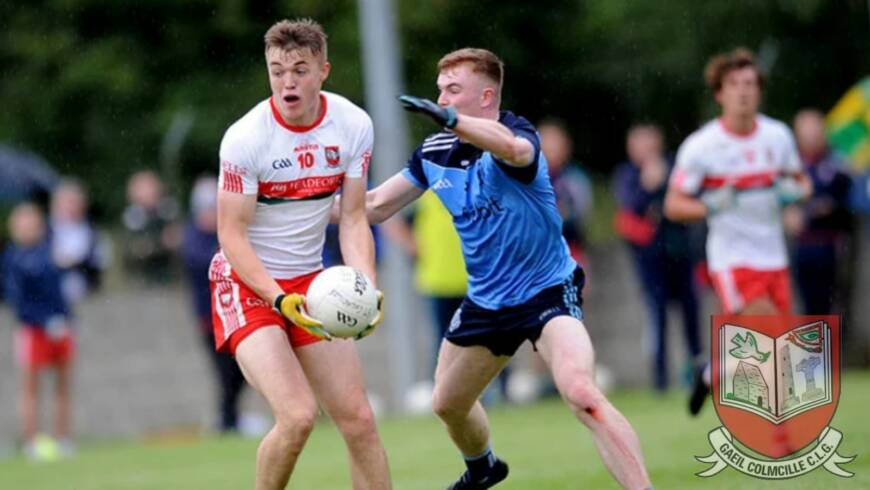 Gaeil Colmcille bounced back from last week’s agonising one point loss to St. Colmcille’s with a ten point win over St. Peter’s, Dunboyne in Division 1A of the All County Leagues.

Gaeil Colmcille got off to an excellent start and in particular corner forward Brian Hanlon had his range in as he accounted for the first three points with the hosts managing just a single point in the same period. Evan Sheridan playing at Full-Forward grabbed Kells fourth point of the day after Sheridan picked the ball up out wide made his way to the centre of the pitch and pointed with his left boot.

Two more points for Gaeil Colmcille, the first from Hanlon and the second from the hard running midfielder Oisin Reilly saw the Gaeils stretch six points clear with 19 minutes played. Two minutes later and Gaeil Colmcille had the first goal of the game. Ajay Tormey got in behind the Dunboyne defenders but he saw his effort rattle the crossbar, luckily for Kells Daniel Farrelly was on hand to gather the rebound and steadied himself to strike to the back of the net.

Both sides traded scores as Hanlon added another point for Kells with a dead ball this time and with the last kick of the half Tormey pointed Gaeil Colmcille’s ninth point of the half to see them go in 1-09 to 0-02 at the half. Gaeil Colmcille with their back six to thank for keeping a low score with Adam Donnelly commanding at full-back.

Dunboyne got the opening score of the second period but another Hanlon point kept the Gaeil Colmcille scoreboard ticking over. Similar happened in the 37th and 42nd minute as the game was tightening up in the second half but three points in a row for the home side saw the gap reduced to seven points with six minutes remaining.

As Dunboyne got a glimmer of hope it was all killed off in the 56th minute when Danny picked Seanie Curran out with an outrageous hand pass that cut the Dunboyne defence apart and Curran made no mistake to finish to the back of the net to seal a 2-11 to 0-07 win for the Gaeils.