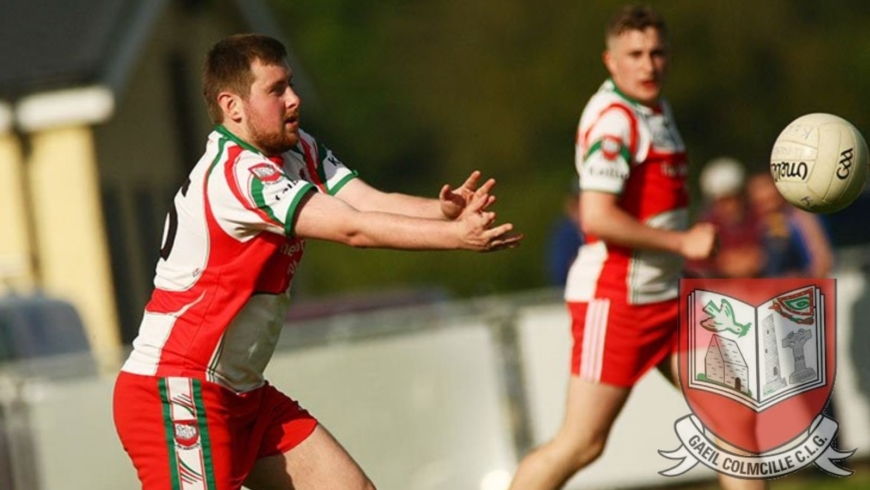 Gaeil Colmcille we’re hoping to build on a steady opening round performance which ended up in an agonising one point defeat to St. Ultan’s. Castletown were the visitors to Grangegodden on St. Patrick’s morning and they were looking for their second win of the Division 3A campaign.

Castletown struck for the first two points of the half thanks to a free kick and a point from play inside the first five minutes. A Cormac Mattimoe free seemed to settle Kells but Castletown’s response was excellent as the went the full length of pitch and wing back Killian Price finished to the top corner leaving Sean Thornton in the Kells goals with no chance.

Barry Farrelly kept the Gaeil Colmcille scoreboard ticking with a point on 15 minutes and four minutes later Finn Mullan found himself in an advanced position and finished smartly to cut the gap to just two points. That was as good as it would get for the Kells men in the half as Castletown hit four unanswered points to stretch their lead to six points, leading 1-06 to 0-03 at half time.

Gaeil Colmcille made a triple substitution at the break but it wasn’t enough to stop Castletown picking up where they left off as they got their seventh point of the day to see the lead increase to seven points. Kells Centre-Back got on the end of a lovely move in the 36th minute to grab one score back.

Two more points from the visitors seen them have an eight point margin of a lead with twenty minutes remaining. Kells started to play more freely and A Barry Farrelly free revitalised The Gaeils and a second point by Mattimoe closed the gap to six points.  Both sides traded the next four scores with second half substitute Ajay Tormey pointing two frees for Kells.

With the game heading for injury time, one of the half-time substitutes Sean Cleary hit an excellent point to leave five between the sides as Gaeil Colmcille kept plugging away.  Two more points followed for the home side with Farrelly and Tormey both getting their third points of the game and with just a goal between the sides it was set up for a grandstand finish.

Gaeil Colmcille did go close to getting that all important goal when Adam Donnelly played a slick one-two with Shane Bennett, but just as he closed down on goal he lost possession and the chance slipped away. Castletown did get an insurance point to give them the two points on offer and see them sit at the top of Division 3A.