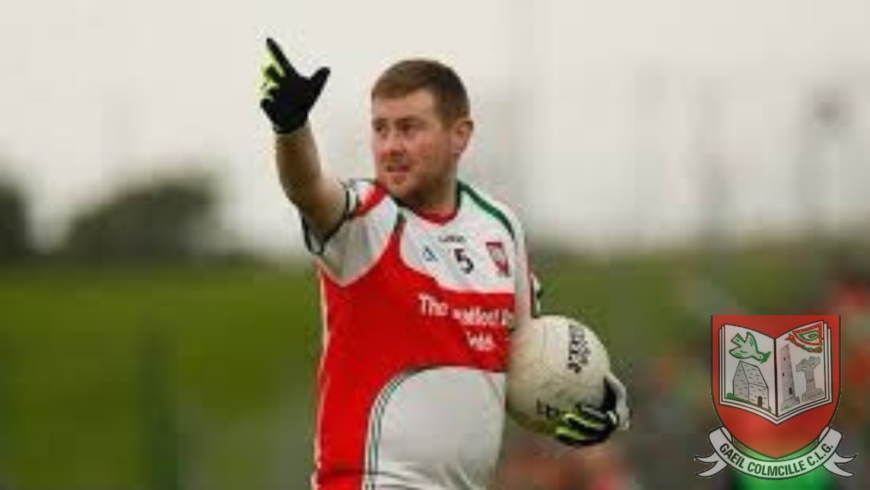 Gaeil Colmcille’s second team, playing in the A Leagues for 2022 made the short trip to Sean Newman Park to take on St. Ultan’s in the opening round of the Division 3A.

Kells playing with the aid of a stiff breeze got the opening score of the match thanks to Barry Farrelly’s trusty boot. St. Ultan’s responded with two points of their own and led 0-02 to 0-01 with six minutes played.

Daniel Farrelly, playing at wing back got on the end of a good move and his strike over the bar drew the sides level one minute later. In the 10th minute, Gaeil Colmcille hit two points in quick succession thanks Cormac Mattimoe and Barry Farrelly to open up a two point lead.

Farrelly added two frees to stretch Kells lead and the purple patch Gaeil Colmcille we’re having was made sweeter when Tony Smyth found the back of the net after Shane Bennett picked the forward out with a lovely pass.

A St. Ultan’s free was cancelled by a point from Farrelly and Gaeil Colmcille got another score thanks to Mattimoe in the 31st minute as the half came to a close to leave Gaeil Colmcille 1-08 to 0-03 ahead at the break.

The home side used the advantages of the conditions inside the opening two minutes of the second half and hit two unanswered points to close the gap to six points. Gaeil Colmcille’s wing back Conor Arkins got in on the act and after a good dispossession by Fionn Smith, Arkins gathered the ball and struck over the bar.

Three points in a row from The Ultan’s left just four points between the sides with 42 minutes played. Ajay Tormey pointed a free in the 44th minute to restore a five point lead but from the resulting kick out St. Ultan’s got back into the game as the found the back of the net to cut the gap to two points.

St. Ultan’s put just one between the sides in the 53rd minute and the home side were bizarrely awarded a penalty after the referee signalled a wide ball from the Ultan’s shot but as he consulted with his umpire he signalled for a penalty.

One minute later and St. Ultan’s got their third goal of the game and saw them lead by five points with just five minutes remaining. The fight and determination of the Kells side was superb and they got the perfect response when Barry Farrelly rifled the ball to the back of the net to set up a tight finish.

There was just one point between the teams by the 58th minute after Daniel Farrelly grabbed his second point of the game. As the game Kells pushed for an equaliser, the score never materialised as St. Ultan’s held on for the one point win and the two points on offer.