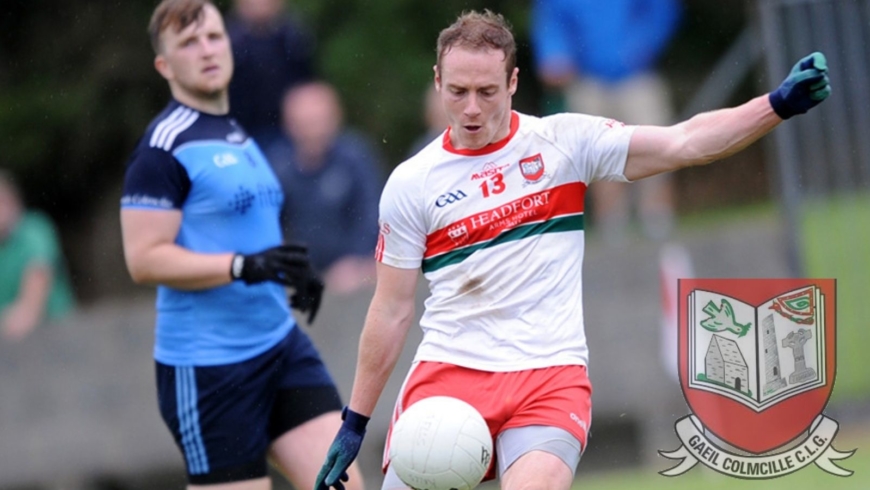 Gaeil Colmcille and Na Fianna served up a tight and thrilling contest in the penultimate round of fixtures in the 2022 A League Division 1A.

With both sides hovering over the relegation spot a win for mmm was needed by both sides. The visitors Na Fianna got off to the brightest of starts in a wet and windy Grangegodden as they accounted for the opening two scores of the evening inside the first five minutes.

A free by Brian Hanlon in the seventh minute settled the Kells team but that point was cancelled out when Na Fianna regained a two point lead with a point in the 11th minute. Danny McGovern was getting himself on a lot of early ball and got his just rewards when he pointed for Gaeil Colmcille to leave one between the teams.

Na Fianna who were playing with the aid of the conditions struck for two points in a row before a Seamus Mattimoe point stalled the Na Fianna scoring. Both sides shared the final four points of the half with Mattimoe getting his second and Centre Back Seanie Curran getting on the scoresheet before half-time to leave the Gaeils trailing by two 0-05 to 0-07.

An early point by Mattimoe left the minimum between the teams with just 15 seconds played in the second half. Na Fianna did restore their two point lead in the 33rd minute and would hold that lead until the 41st minute as Kells hit two unanswered points to draw level, the first by Mattimoe and the second, a lovely point off the left boot of Hanlon.

Martin Barrett pointed for Kells to give them the lead for the very first time in the match with 15 minutes remaining. The last 15 minutes ebbed and flowed and Na Fianna were level on 0-09 each before Hanlon put Gaeil Colmcille one point ahead with a free close to goal.

With three minutes left the sides once again were level and it set up a nervy finish with both sides locked on 0-10 points.  Luckily for Gaeil Colmcille it would be them who’d get the winner as Mattimoe struck for his fifth point of the evening to give Kells the all important win.