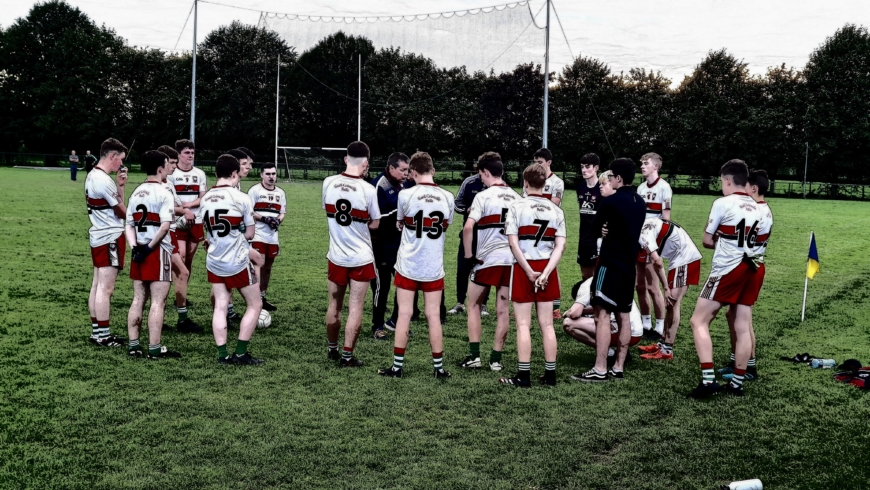 Gaeil Colmcille Minor team made the trip to Summerhill with their faith already sealed in Group A of the LMFM Minor Division 1A but were hoping for a spirited performance and started brightly with John Brady breaking through but just shooting wide.

Summerhill registered the opening score of the half and minutes later the hosts found the back of the net. The Hill pressurised the Gaeil Colmcille kickouts and by the sixth minute they were 2-03 to no score up.

Brady got on the end of a good Gaeil Colmcille move and got Kells on the scoreboard and this was followed soon after with a Darragh Smyth point, Smyth working hard around the middle of the pitch and breaking through to put over for Kells second point.

Summerhill accounted for the next two points just before the referee called for the first half water break. Gaeil Colmcille got the next score of the match thanks to Cormac O’Reilly who continued his rich scoring form of late.

Kells were unlucky not to get a goal but Brady say his effort deflect wide for a 45. Summerhill finished the half the strongest and added a further 1-02 to see them lead 4-07 to 0-04 at half time.

An Alex Williams free for Gaeil Colmcille opened the second half scoring but that would would be the last score for Kells for 23 minutes as Summerhill gained total control.

Kells had to call on keeper Sean Thornton on numerous occasions in the second half and was unlucky to conceded a goal on 40 minutes as his got down low to prevent a Summerhill goal only for the ball to ricochet off another Summerhill forward into the back of the net.

Credit to the Gaeils they never bowed their head and Cian Donlon was unlucky not to have a goal when his effort came back off the upright. Williams added a point on 55 minutes and that was followed two minutes later by a good individual score from Ajay Tormey.

Kells once again must have wondered what they had to do to find the back of the net as Cian Donlon saw another shot just flash wide. And after Summerhill got their sixth goal, a Luke Ronan free finished up the scoring in the match and although Summerhill ran out comfortable winners Kells can count themselves a little unlucky that the distance of the winning margin was so wide.

The year doesn’t end there for Gaeil Colmcille as they will now go on to face Ratoath in the Shield Semi-Final.