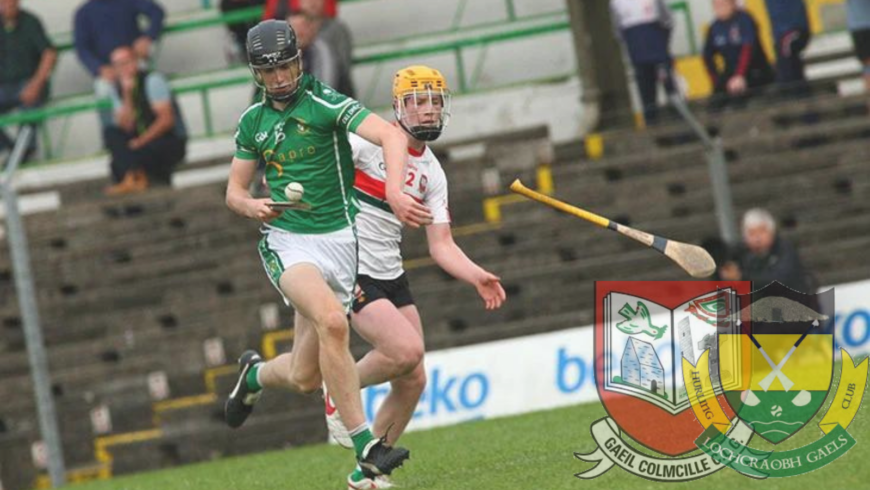 Our minor hurlers with Loughcrew Gaels got their season off to a great start with a spirited win over Navan O’Mahonys at a sunny Paddy O’Brien park at lunch time on Saturday.

Playing against a stiff breeze the team trailed by a score line of 3-03 to 1-04 at half time with the goal coming from Darren Higgins. Three frees from Tiernan Anderson and one from play by Andrew Gormley accounted for the points. Darren continued his form in the second half contributing another 3 goals and a point. Two further pointed frees from Tiernan Anderson and a goal from a free by Noah Boshel completed the scoring for the Loughcrew Gaels/Gaeil Colmcille side.

While all the players made valuable contributions to the win a special word of thanks goes to the three under 15 lads who stepped up to ensure we had enough players to fulfil this fixture.