To The Graduating Class of 2020

With the defeat to Ratoath on Saturday, Underage football finished for a group of lads that achieved so much in their underage career with Gaeil Colmcille. We take a look back at their time from nursery to Minor and say thank you.

Most of the lads would have joined the nursery as 4, 5 or 6 year old’s from as early as 2007. It wouldn’t be long before they started to play on  U8 and U10 blitz teams where they traveled throughout the County.  See some of the photos below. 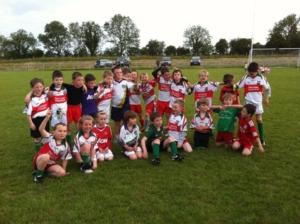 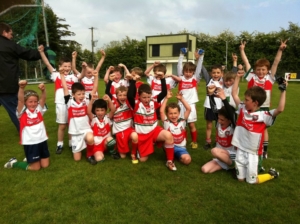 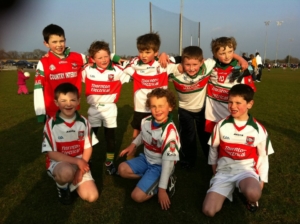 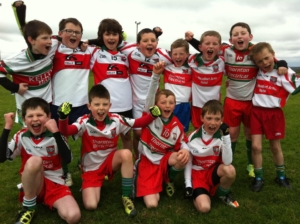 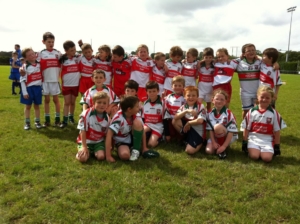 Some photos of early blitz’s

August 2012 the lads headed to St. Patricks GAA in Palmerstown for a coaching session as part of the Opel Kit for Clubs initiative with Jackie Tyrell, Joe Canning and Colm Cooper in what was an unforgettable day for the boys. 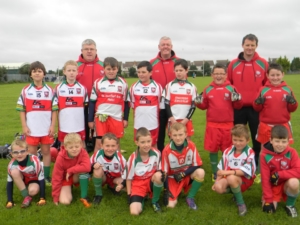 Players with their coaches in St. Pat’s 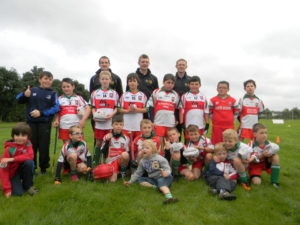 Under the guidance of Seamus O’Reilly and Dave Finlay they moved on to play u12 and got to the final of the Summer League back in 2015, beating neighbours Round Towers in the Semi-Final coming from nine points down at half-time. Unfortunately Summerhill proved too strong on the final day losing out on a lovely summers evening in Rathcairn. 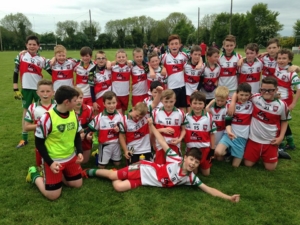 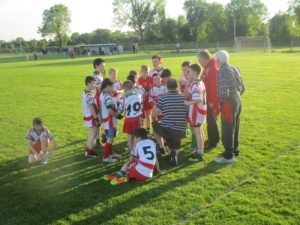 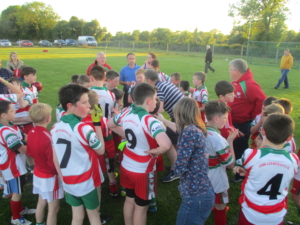 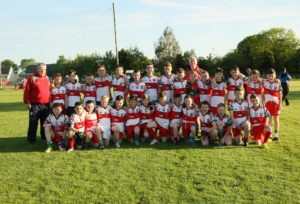 Onto 2017 and Seamus and Dave welcomed Conn Cleary in as manager and the lads went on to make it to the Division 3 Final, again it wasn’t to be their day as they lost narrowly to Ballivor under the lights of Dunganny. 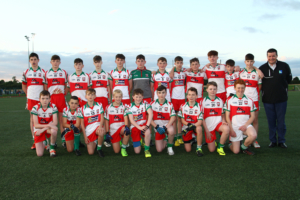 With Gaeil Colmcille Junior B winning Coach Jimmy King joining the management, finally 2019 was to be their year as the lads went on a superb run in the U16 Division 2 League beating St. Ultan’s/Cortown, Donaghmore/Ashbourne, Walterstown, Trim and Dunboyne while drawing with Longwood/Clonard and losing to Skryne on the last day while the home Semi Final was secured.

A one point win over Donaghmore/Ashbourne was enough to see the lads face St. Peter’s, Dunboyne in the final on the 19th of May 2019.

Gaeil Colmcille had a great start and lead 2-05 to 0-04 at half-time. At one point in the second-half the lads went 10 points up but Dunboyne battled back to close the gap to one point. Credit to the boys they closed the game out to win by five points and Captain Cormac O’Reilly, forgot all about those final losses as he got his hands on the O’Reilly Solicitors U16 Division 2 trophy. Read the match report here 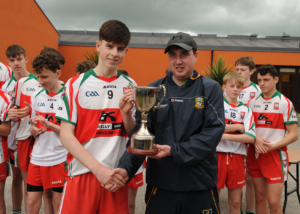 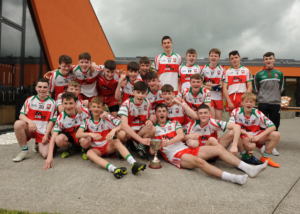 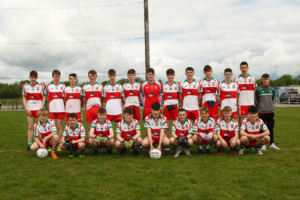 After winning Division 2 at U16 the lads earned the right to compete at the highest level in Meath for their Minor year and they couldn’t have got off to a more perfect start beating Seneschalstown 2-11 to 0-10 in the opening round of the Minor League, Alex Williams top scoring on the day with 2-06. The lads were competitive in their next two outings losing to Dunshaughlin and narrowly to Ratoath just before the season was halted due to the Coronavirus.

The return to play was confirmed for the 29th of June and the lads were drawn with Duleek/Bellewstown, Dunboyne and Summerhill for the LMFM Minor Football Championship. Unfortunately results didn’t go their way and they found themselves in the Shield competition.

Their final outing came with a Shield Semi-Final loss to Ratoath on 12th of September.

The club has no doubt that the graduating class will have bright future’s ahead of themselves at the club starting next year when they make the step up to Adult Football. Special thanks to Declan Lynch for providing us with photographs.

“A good friend knows all your best stories, but a best friend has lived them with you.”