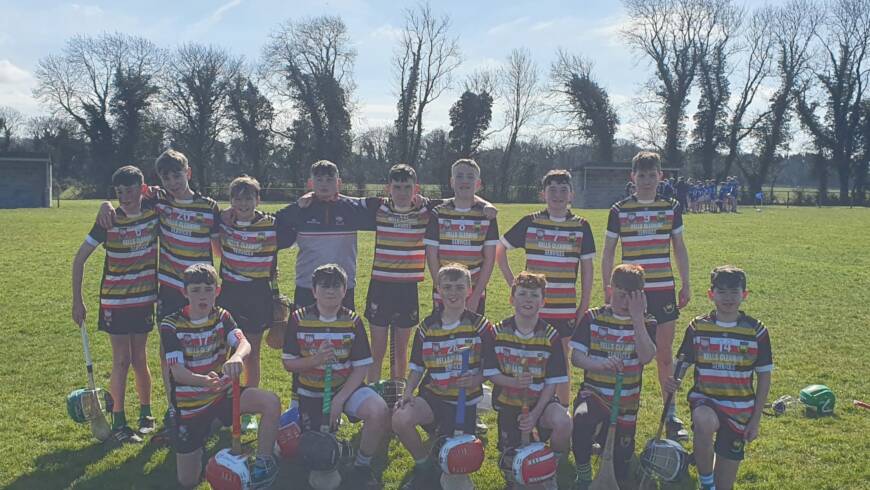 A beautiful morning for a match in Kildalkey and the hurling certainly matched the conditions.

Gaeil Colmcille were quickest off the blocks with 3 unanswered points from Eoin Smith, Rory Smith and Daniel Callary. Mark Halpin at Centre back flanked by Dillon Glynn and Callum Reilly were solid in Defence while providing plenty supply to the forward line.

Kildalkey got to grips with their visitors tempo and scored 1-2 without reply before Eoin Smith added a pointed free to leave the scores 1-2 to 4pts at the break.

Gaeil Colmcille upped a gear in the send half with hard attacking work from Michael Gormley Jack Hand and Ross McDonnell. Daniel Callary and Luke Mckeown started to dominate on the 40 and both rattled the net within 5 minutes of each other. Anthony Gallagher was winning his dual at half back and substitutes Evan Connell and Eanna Morris stood solid in the full back line. Conor Tunney played a roaming role boosting the attack and defending when required.

Daniel Callary added another point before Kildalkey got a goal with the last puck of the game. Probably the most important position in modern day hurling is the GoalKeeper and Ben Thornton certainly proved that today, long accurate puck outs finding his man with each one , 3 or 4 point blank saves and long clearances was probably the difference between the sides.

A great start to life in Division 1 but plenty tough tests lie ahead.